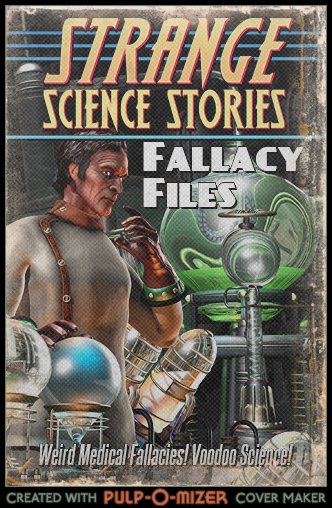 A scientific scandal is rocking Cornell University's Food and Brand Lab, and both BuzzFeed News1 and Slate2 have run recent articles on it. One source of the scandal seems to be that the head of the lab, Brian Wansink, is more of an activist than a scientist, and the lab's work more advocacy research than science. Multiple comparisons3 would appear to be the lab's main research sin, but there are multiple failures here, not all of which can be laid at the door of the lab:

Update (9/23/2018): After an investigation, Cornell University has found Wansink guilty of academic misconduct1 and he has announced that he is retiring next year2. This comes a day after six more of Wansink's papers were retracted3.

The Puzzle of the Five Suspects

Who shot Victor Timm? The only witness to the shooting saw a short blond running away.

There are five suspects who each had the means, motive, and opportunity to commit the crime: Avery, Bailey, Casey, Davey, and Eddy.

Avery and Casey are the same height, whereas Davey and Eddy are different heights―that is, one is short and the other is tall. Bailey and Eddy have the same hair color, while Casey and Davey have different colors.

Which of the five suspects shot Timm?

I have a new email course called "Logic Basics: Understanding Arguments"*, which consists of ten short lessons delivered daily by a company called Highbrow. It's a very brief introduction to the fundamental concepts of logic needed to analyze and evaluate reasoning―and, I might add, to understand fallacies.

The course is an extensive revision, especially in the later lessons, of a series posted here many years ago. Moreover, the last few lessons includes new material not covered in those posts. It's a Premium course, which means it's not free, but you can try out Highbrow's Premium service for a month for free, and the course only takes ten days! Check it out.

Update: You can also use the following coupon to receive a 25% discount on an Annual Premium membership: Coupon, Highbrow, 3/17/2018.

Since three of the other suspects are short, this means that Bailey must be tall. Moreover, the witness saw a short person running away, so we can eliminate Bailey as a suspect, which leaves four.

Casey and Davey have different hair colors, while Bailey and Eddy are either both brown-haired or both blond. If Bailey and Eddy were both blonds, then there would be three blond suspects, whereas we know that there are only two. Therefore, Bailey and Eddy both have brown hair, eliminating Eddy as a suspect and leaving three.

Since Bailey, Eddy, and either Casey or Davey have brown hair, this means that Avery must have blond hair. We also know that the other blond suspect is tall, which rules out Casey, who is short. Therefore, Casey must have brown hair and can be eliminated as a suspect. Three down and two to go.

So, Davey must be the tall blond suspect, but the shooter was described as a short blond. Davey is out, leaving one final suspect, who is the only one to fit the description of the fleeing shooter: Avery, a short blond.