"Near the end of the article, the following explanation is given:

'An argument can be valid even though it has a false premise. Such an argument usually reaches a false conclusion.

"The argument presented has the following problem: It appears in an article about the modus tollens form of argument, mentions modus tollens in the first premise, and appears on the surface to be in that form.

"It is actually an instance of the invalid form, Denial of the Antecedent. If p then q. Not p. Therefore not q. (Or, more precisely, if p and q then r. Not q. Therefore not r.)"

"The Durham Housing Authority board on Tuesday eliminated nearly one-fifth of the agency's work force, including the former interim executive director and the entire staff that oversaw the city's $35 million redevelopment grant. Larry Jones, the authority's current interim executive director, stressed that the measure was aimed at meeting a federal mandate to cut $1 million from the troubled authority's budget, not at punishing any individuals. 'We're not firing anybody. This is a reduction in force that required some people to lose their jobs.'"

What Else is New?

As promised last month, I've added a subfallacy of Modal Fallacy, which is called "Modal Scope Fallacy" because it's also a type of scope fallacy.

According to the Tax Foundation, today is Tax Freedom Day® (TFD), that is, the day when Americans have earned enough to pay their taxes for the year, and therefore start earning money for themselves. (Oddly, the phrase "Tax Freedom Day" appears to be a registered trademark of the Tax Foundation.) Spinsanity criticized TFD last year, but since they are defunct I thought that I would remind readers of what's problematic about it.

Here's how TFD is calculated: The Tax Foundation figures what percentage taxes are of income, then applies that percentage to the year. This year, taxes are 29.1% of income; 29.1% of 365 is just over 106; and today is the 107th day of the year. This is not misleading if you keep in mind that it measures the collective tax burden of all Americans, but journalists who report on TFD don't always know this. Here's how one newspaper reported it today:

"The Tax Foundation estimates the typical American spends 70 days a year working to pay federal taxes plus 37 days for state and local taxes. That 107-day total corresponds to April 17."

TFD is a good way to measure the total tax burden for the entire country, but not the tax burden of the typical American. Because income taxes are progressive―that is, the more you make, the higher percentage you pay―rich people tend to pay a larger percentage of their income in taxes, and middle-class people a lesser percentage. So, a typical American's personal tax freedom day will have already, thankfully, come and gone. 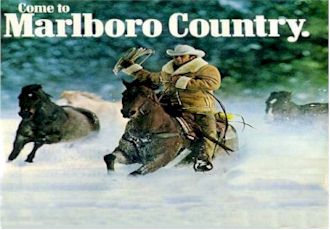 You Can't Fault Their Reasoning

Julian Baggini's latest Bad Moves column is an interesting one on the emptiness of political campaigns, specifically, their lack of argumentation. I don't have any direct comment on the column, which you should read for yourself, but it reminded me of a pet peeve of mine.

I suspect that political parties have adopted the technique of image creation from product advertizing, by treating a politician or platform as a product to be sold. It used to be the case, in the early part of last century, that most advertizing included a lot of words, arguments, and even scientific―or, often, pseudo-scientific―evidence as to why you should buy it. Nowadays, much advertizing is wordless, consists only of images, barely mentions the product being sold, and is devoid of evidence, even bad evidence. Of course, you can still find some of the old-fashioned kind, though it's usually in the back pages of tabloid newspapers.

My favorite example of the "new"-fashioned kind of advertizing is the Marlboro cigarette campaign, which has been going on for decades now, so it's not so new. You've probably seen them in newspaper and magazine ads―often double-page spreads―on billboards, and if you're old enough, on television. The typical Marlboro ad shows a single, large photograph of a cowboy in a western setting, riding a horse, roping a cow, or performing some other cowboy duty. Sometimes the cowboy is visibly smoking a cigarette, but sometimes not. Sometimes there's a slogan, such as "Come to where the flavor is", or a small inset photograph of a pack of Marlboro cigarettes; but sometimes not. Sometimes there's only the word "Marlboro", so that if you didn't already know that Marlboro is a brand of cigarettes, you wouldn't be able to tell what was being advertized. Look at the example and imagine that you've never heard of Marlboro cigarettes. What's being advertized? "Come to Marlboro Country." A dude ranch, maybe?

The trouble with this kind of advertizing, whether for products or politicians, is that it doesn't give you any good reason to buy the product advertized, or vote for the politician. It doesn't give you any reason at all! Instead, it tries to manipulate you at a sub-rational level into doing so, by creating a favorable aura surrounding the product or party. In the case of Marlboro, the ads try to associate the image of the strong, masculine, independent, fearless cowboy with Marlboro cigarettes. By constant conjunction, they try to transfer the positive qualities associated with cowboys to cigarette smoking in general, and the Marlboro brand in particular. You can't fault their reasoning, as there is no reasoning, but you can fault them for that.

I haven't updated this weblog or the rest of the site for a week, partly because I've been working on my tax return. I have no idea how much loss of productivity is due to filing federal taxes, but it's obviously nonzero. The IRS ought to make the instructions shorter and easier to understand. You shouldn't have to be a logician to figure out how to fill in the form, but I am one and it was still difficult and time-wasting!

In fairness to the IRS, not all of it is their fault, since much is the result of the complexity of the tax code. However, some of the problem is with the way the instructions are written.

Here's an example which comes from the "Forms and Instructions" booklet for the 1040 form for 2004, that is, the booklet that the IRS sent this year to people who figure their own taxes. On page 18, in the instructions for Line 6c of the form concerning "Dependents", there are five tests to apply to determine if a person is your dependent. The second test, which is called the "Joint Return Test" (JRT), reads as follows:

So, can a married person file a joint return and still be counted as a dependent? According to the first sentence in the JRT, he or she cannot. However, according to the second sentence, he or she can, provided that the return is filed only as a claim for refund, etc. In other words, if a married person files a joint return in the circumstances described in the second half of the second sentence―the part following the first "if"―then that person both can and cannot be counted as a dependent. A contradiction!

Now, the first sentence was intended to state a rule, and the second gives an exception to it. In other words, here is the rule rewritten:

"If the person is married, he or she cannot file a joint return unless the return is filed only as a claim for refund and no tax liability would exist for either spouse if they had filed separate returns."

It's not a model of clarity or elegance, but at least it doesn't contradict itself! There are logical techniques for detecting contradictions and simplifying complex propositions, but it shouldn't be necessary for the average person to master them. Instead, the IRS should hire some logicians!

I've revised the glossary by rewriting the entries for "distribution" and "distributed", as well as adding entries for "subject term", "predicate term", and "category".

A driver was pulled over on a highway by a police officer. "I'm going to have to ticket you," the officer told the driver, "you were going over 90 until I stopped you."

"But, officer," the driver protested, "I was watching my speedometer and I never exceeded 60!"

This incident occurred many years ago. The driver was an American driving an American car across the northern border into Canada. The speed limit in the United States was given in miles per hour (MPH), whereas the Canadian speed limit was in kilometers per hour (KPH). Nowadays it is common for U.S. road signs to include the speed limit in both MPH and KPH, but in those days the signs were only in MPH; similarly, while the speedometers in American cars today include both MPH and KPH, back then the speedometer in the driver's car only read in MPH. Thus, the driver forgot about the difference in speed limits, and though he carefully stayed below the posted speed limit of 60 (MPH), as he told the officer, he was actually driving over 90 (KPH), as the officer told him. The police officer was a member of the Royal Canadian Mounted Police, who patrol highways. Thus, he was wearing the wide-brimmed Stetson hat, Sam Browne belt, and red Norfolk jacket of the mounties.

No one quite submitted the correct answer for the color of the shirt, but John Congdon came the closest. Here is John's well-reasoned answer:

"The driver was watching a speedometer that measures in miles per hour, therefore a car originally sold in the United States. The officer was measuring speed in kilometers per hour. 60 mph = 96.77 kph, evidently in excess of the speed limit. Since the speed limit violation is cited in kph, and since it is unlikely that a car sold in the US would be used in an English-speaking country not on the North American continent (Ireland, say) where automotive speed would be measured in kph, the likelihood is that the traffic stop is taking place in Canada, in which case the officer is a member of the Royal Canadian Mounted Police. If the officer is in everyday uniform, then the shirt is light blue. However, if the said Mountie is (for some strange reason) in full dress uniform (say, for the Musical Ride), this includes the distinctive Norfolk jacket, which is red. However, said jacket buttons up to the throat, completely hiding the color of the shirt. It could be purple with pink polka dots, for all we know."

I don't know why the officer was wearing the full dress uniform; perhaps they wore them regularly back then. Moreover, our American driver did not recognize it as a Norfolk jacket, but mistook it for a shirt presumably because of the way it buttons up the front and has breast pockets with buttons. One must make allowance for a foreigner's ignorance, which explains the mysterious color of the shirt. In any case, this part of the puzzle misled John as well as Blair Phillips, who also got everything correct except for the shirt color. An honorable mention goes to Scott Price who perhaps wisely dodged the shirt color question, but realized that the solution to the puzzle turned on MPH/KPH confusion. Congratulations to all three!