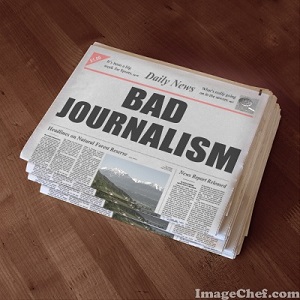 Richard Jewell and "The Voice of God"

Richard Jewell is in the news again because of a new movie about him. If you're unfamiliar with Jewell's story or wish to refresh your memory, check out the following article:

* Ellipsis in the original.

'Twas the night before Christmas and Santa Claus had arrived at the very last city block of buildings that he had to deliver presents to. His bag of presents was almost empty, and if he ran out before he finished, he would have to fly all the way back to the North Pole to fetch more. Would he have enough presents for everyone on the block?

There were six buildings on the block. The first was an apartment building with many apartments. It took one less than half of the presents in Santa's bag to deliver a present to each person in the building.

The next building on the block was also an apartment building, but about half the size of the first. It also took one less than half of the remaining presents in the bag to leave one present for each resident of the building.

The same process continued for the next three buildings as each time it took one less than half of the remaining presents in the bag to treat each resident of the building to a present.

Finally, Santa came to the last building on the block, which was a small house occupied by a married couple and their two children, a boy and a girl. Santa looked into his bag and there were exactly four presents left. A Christmas miracle! Santa would not have to make another trip to the North Pole for additional presents.

How many presents were in Santa's bag when he arrived at the last block?

Solve it backward. If you try to solve it forward, you'll probably have to do so by trial and error: guessing how many presents were in the bag, then trying to work out the answer. This would be a tedious process, though you could solve it that way in the end.

Working backward is a good strategy to think about as many puzzles are much easier to work in the reverse direction.

Solution to what's in Santa's bag?: 66 presents. Here are the number of presents delivered to each building and how many were then left in Santa's bag:

Rule of Argumentation 111: Make your arguments relevant to claims!

The previous rule invited you to focus your argumentation on claims, and not be distracted by irrelevancies. In this rule, I will discuss in more detail how to make your arguments relevant to the claims you are arguing about.

As discussed in rule 9, argumentation won't begin unless you and your partner think that you disagree about something, and that something can be stated as a claim―that is, a sentence that is true or false. Your argumentation should consist of a series of individual arguments relevant to that claim or to other claims that have arisen during the discussion.

Logically speaking, an argument is a series of claims, one of which is called "the conclusion" and the remainder are "premisses"2. There are two ways for an argument to be relevant to a claim:

In addition, there are two degrees of support that an argument can give to its conclusion:

However, short of learning logic or probability theory, here is an informal technique for evaluating the relevance of premisses to a conclusion:

The logical strength of an argument just described is a measure of how relevant its premisses are to its conclusion. However, strength is not enough to make an argument good. It is also necessary that the premisses be true or at least probable.

Just as claims are sometimes confused with their histories, effects, or motivations, arguments are sometimes confused with their sources. By "source" I mean to include both the person or group advancing an argument, and others who may defend it. Too often people confuse an argument with its source, and instead of evaluating or criticizing the argument itself, they evaluate its source. There are many different ways in which this is done, and many of them are named fallacies5, but what these mistakes have in common is that the argument targets the source of the argument instead of the argument itself. Good arguments can come from bad sources, and bad arguments can come from good ones. So, when you follow the steps above, ignore its source and concentrate on the argument itself as a series of claims. 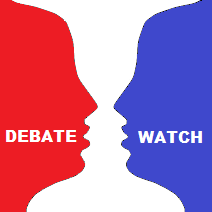 And Then There Were Seven

I don't have much to say about this month's Democratic presidential debate, which was held two nights ago, because it was mostly a rerun. However, here are a few passing observations: 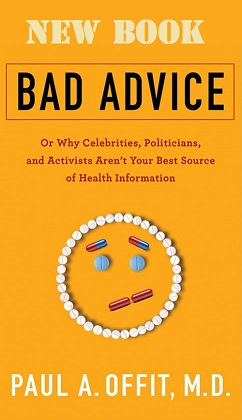 Subtitle: Why Celebrities, Politicians, and Activists Aren't Your Best Source of Health Information

Quote: Science delivered us out of the Age of Darkness and into the Age of Enlightenment. Three hundred years ago, graveyards overflowed with small, white coffins. Children died from smallpox, meningitis, pneumonia, whooping cough, bloodstream infections, scarlet fever, diphtheria, hepatitis, measles, and food poisoning. Of every hundred children born, twenty would be dead before their fifth birthday. Mothers died from tuberculosis and childbed fever. Crop failures led to famines and starvation. Homes were infested with filth and vermin. The average life span was thirty-five years. Scientific advances have eliminated most of this suffering and death. Vaccines, antibiotics, sanitation programs, pest control, synthetic fertilizers, X-rays, air conditioning, recombinant DNA technology, refrigeration, and pasteurization―to name just a few―have allowed us to live longer, better, healthier lives. During the last hundred years alone, the life span of Americans has increased by thirty years.1

Comment: This book was published about a year ago, so it's not brand new, but it's new to me. I haven't read it yet, but I have read two of Offit's previous books: Deadly Choices2 and Do You Believe in Magic?3. I thought those were both good books, so I have similar expectations for this one.

The title does not refer to the contents of the book, I hope, but to its topic, which I guess is the bad advice coming to us from all those "celebrities, politicians, and activists". Where should we get advice if not from movie stars and talk show hosts? Here's a suggestion: try science. But what is science?

Stripped to its essence, science is simply a method to understand the natural world…. In a sense, everyone is a scientist. For example, if a car doesn't start, a mechanic considers several possibilities: the battery is dead; the starter is defective; the car is out of gas; the fuel system is clogged. Then, the mechanic tests each of these potential problems. This is exactly how scientists think….4

In other words, science is not magic; it's a logical method for finding out how things work. So, should we take advice from scientists? Not so fast:

It will probably come as a surprise to learn what science isn't―it isn't scientists or scientific textbooks or scientific papers or scientific advisory bodies. As once-cherished hypotheses are disproved, scientists throw away their textbooks without remorse.5 For some people, this is unnerving. We want certainty, especially when it comes to our health. And that's when we get into trouble….6

So, if we're not to take advice from Gwyneth Paltrow or Jenny McCarthy, where should we get it? Since I haven't read the whole book yet, but only those parts that Amazon lets me look at, I don't know what answer Offit provides. However, I'm encouraged that he makes the distinction between science and scientists, since I don't think the answer is to blindly follow scientists. One clue is suggested by the following remark:

By far the most important part of the scientific process is reproducibility. If a scientist's hypothesis is right, then other investigators will confirm that it's right. If it's wrong, they won't.4

Or, as I like to put it, replication is not optional. This is why you should not be impressed by the latest study in health, nutrition, or any other area of science until it's been replicated. Most studies turn out to be wrong, so if you're going to bet your life, health, or wealth on it, you should bet against an unreplicated study. Once a study has been replicated―ideally, multiple times by independent investigators―then you should provisionally rely upon it.

Coincidentally, tying in to my recent discussion of the problems with research into the relation between diet and health7, Offit gives the following as an example of how science can get things wrong:

In 1957, the American physiologist Ancel Keys published a paper claiming that people who consumed less fat had a lower incidence of heart disease, coining the term "heart-healthy diet." Keys was a well-respected scientist, a best-selling author, and a consultant to the World Health Organization and the United Nations. In 1961, he even appeared on the cover of Time magazine. When Ancel Keys gave advice, people listened. Because of Keys, margarine, which contained partially hydrogenated vegetable oils, became the "heart-healthy" alternative to butter, which contained animal fats. Although he didn't realize it at the time, Keys had driven Americans into the waiting arms of trans fats. Four decades later, the Harvard School of Public Health estimated that trans fats were causing about two hundred fifty thousand heart-related deaths every year.8

The lesson of all this is that science is hard. Unfortunately, there isn't any easier way to figure out how the world works, so get used to it.

I would think that most Fallacy Files readers already understand that you shouldn't take advice about health, or much of anything else, from celebrities, politicians, or activists. However, with the holidays rapidly approaching, maybe there's someone on your gift-giving list who could benefit from some good advice about bad advice. On the other hand, you can give a book as a gift but you can't make anyone read it, which raises the question of who the target audience is for this book. I suspect that those who read it probably won't really need it, and those who need it most probably would refuse to read it.

Oh well, teaching people about science is hard, too.