Q: I note that the lists of fallacies given by Locke in the Essay, Mill in the System and Whatley in the Elements all differ. I wonder has anyone done a formal history of fallacies?
Dr John S Wilkins
Parkville, Victoria, Australia

A: I hope to include more historical discussion in Fallacy Files entries in the future. Until then, as far as I know there is no book exclusively devoted to the history of logical fallacies. However, C. L. Hamblin's very influential book Fallacies, first published in 1970, includes history as well as criticism of the way that fallacies were treated in textbooks of the time. In addition, Hamblin was also from Australia!

Thanks for the question, John!

"The recent spectacular transit of Venus across the face of the Sun may lead to disastrous flooding along China's Yellow River, a leading scientist has warned the local media. While millions were marveling at the celestial show earlier this month, Geng Guoqing, an expert on natural calamities, was more worried about the consequences for China's second-longest river, the Xinhua news agency reported. He compared historical records reaching 2,187 years back and found a clear correlation between Venus transits and serious floods along the river's middle and lower reaches, according to the agency." 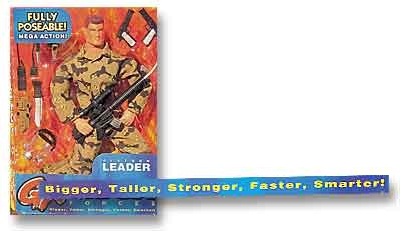 The most recent issue of Consumer Reports has the following picture of an "action figure"—that is, a doll for boys—with an enlargement of the print at the bottom of the package. This is an extreme example of the common advertising ploy of using dangling comparatives to suggest the superiority of products, without being specific. "Brand X toothpaste gets your teeth whiter!" Whiter than what?

I've added a short essay by Julian "Bad Moves" Baggini as a Resource to the Genetic Fallacy file. It's not a recent piece, but I just found it, and it's worth reading.

Ben Fritz of Spinsanity has a lengthy article today criticizing Slate magazine's "Bushism" feature for frequently quoting its subject out of context. I have briefly pointed out such problems with the "Bushisms" in the past, when Eugene Volokh debunked a couple, and more recently in the case of the "hand"-shaking contextomy noted by Fritz's coworker Brendan Nyhan. At a minimum, Slate should do two things to prevent these problems in the future:

Taking these two steps would create a strong incentive for Slate to avoid quoting out of context, as well as avoiding some of the harm of doing so.

The entire Fallacy Files site is! Or, at least, the format is new, and even some of the content is new, as well.

For those interested in the technical details, I have changed the site from one that uses frames to one that gets much the same effect as a frame without using actual frames. There were technical advantages to using a framed site, but there are also technical disadvantages to frames, and the latter had come to outweigh the former, hence the makeover.

I am interested in any comments or suggestions you might have about the new look of the site. Are there any other changes you would like to see? Also, since this was a total renovation, there may be a few protruding nails and patches of wet paint here and there. So, please forgive our mess, and if you find any problems&#151for example, links that don't work or which link to the wrong page—please email me.

I hope that you enjoy the NEW, IMPROVED, frame-free, low-carb Fallacy Files! If you do, please consider showing your support.

Resource: How to Support the Fallacy Files 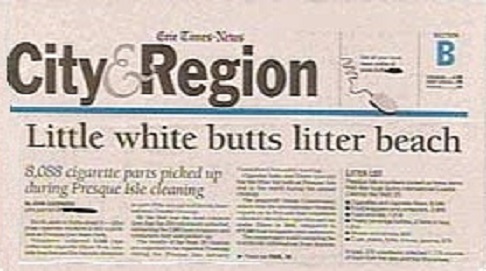 Adam went to sea and disappeared. Everyone who had crossed paths with him was happy. Why?

Logical errors are, I think, of greater practical importance than many people believe; they enable their perpetrators to hold the comfortable opinion on every subject in turn.

The critical consensus on the new movie The Day After Tomorrow seems to be largely negative, except for agreement that the special effects are impressive. So, what's an ad writer to do? Take some adjectives applying to the special effects out of context, capitalize them, then add explanation points, of course. This makes it sound as if the reviewers are raving about the movie itself, not just its effects:

Here are the quotes in context: