Zorza…informs readers that "between 20 and 35 percent of women seeking medical care in emergency rooms in America are there because of domestic violence." Studies by the federal Centers for Disease Control and Prevention and the Bureau of Justice Statistics, an agency of the U.S. Department of Justice, indicate that the figure is closer to 1 percent.

Sommers…challenged a statement by Zorza in my textbook regarding the high incidence of battered women in emergency rooms. …[T]he Centers for Disease Control Web site…stated, when I checked it on July 15, 2009: …intimate-partner violence, "is a major cause of violence-related injuries. Intimate partners were identified as the perpetrators in 36 percent of all emergency department visits by women who suffered from one or more violent injuries." Similarly, the Bureau of Justice Statistics at the U.S. Department of Justice has reported that 37 percent of all women who sought care in hospital emergency rooms for violence-related injuries were injured by a current or former spouse, boyfriend, or girlfriend…. We also find similarly high figures published in medical journals…. D.C. Berios and D. Grady…found that among 218 women presenting in a metropolitan emergency department with injuries due to violence, 28 percent required hospital admission and 13 percent required major medical treatment.

Can you spot the fallacy in the above exchange between Sommers and Lemon? It's not important whether you can put a name to the error, but can you find it and understand why it's a mistake? When you think that you've got it, click on the link below.

What are the fallacies behind conspiracy theories? Here are some examples taken from a recent article by David Aaronovitch, author of Voodoo Histories:

By the way, I still haven't received a review copy of Aaronovitch's book, which I'm eager to read.

Philosopher Stephen Toulmin, best known for his book The Uses of Argument, has died. Uses seems to have been influential in rhetoric, and may have spurred interest in the use of diagrams for analyzing argumentation. 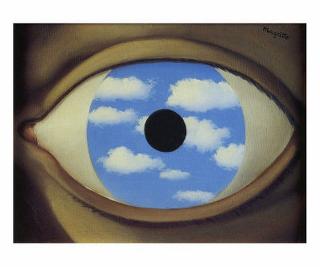 I've previously discussed the fact that the information provided by so-called psychic detectives is usually so vague and general that it's useless for finding missing people, since it will apply to almost any case. Unfortunately, in those past cases (see the Resources below), the missing persons have never been found, so it's impossible to check the information against the facts. Here's a case that's different:

Jeff Howard was a 40-year-old husband and father in December 2006 when he left his home in Thousand Oaks, leaving no trace. Exhaustive searches by police and family haven't generated a clue about what happened to him.

Earlier this year, Howard's body was found in his car in a canyon south of Thousand Oaks. There were two "psychics" consulted:

Here's the headline and first sentence of a recent news story:

Obama's 47 Percent Approval Lowest of Any President at This Point

President Obama's job approval rating has fallen to 47 percent in the latest Gallup poll, the lowest ever recorded for any president at this point in his term.

That certainly sounds bad, and it is, but not quite as bad as all that. Obama's approval rating is on the low end, but he has company. Here's the end of the article:

The…11 presidents [since Gallup began polling], … all had higher job approval ratings than Obama at this stage of their tenure. Their ratings were: The poll is an average of a three-day tracking of 1,529 adults taken Dec. 4-6. It has a margin of error of 3 percentage points.

The next day's Gallup tracking poll had Obama's approval rating back up to 50%. Does this mean that three percent of the public went from disapproving of Obama's performance to approving of it overnight? It's possible, but not likely. Rather, what it shows is that changes within the MoE are not significant.

Resource: How to Read a Poll: Margin of Error Errors, Fallacy Watch

Q: I am trying to use your site to classify this fallacy:

My first thought was that this is a "reification fallacy", assigning too much weight to whether the word "city" is applied to P. Another one that seems to fit is an over-generalization, the assumption that every city has problems with crime, but the specific fallacy here is that legally applying the word "city" to an area will cause an increase in crime.

I have been looking over your taxonomy, trying to find a place to put this, and I'm still not sure where it fits. Where would you put this fallacy in your taxonomy?―Steve R. Hastings

A: This is a tricky example. The argument that you cite is, in fact, valid, at least if we interpret the second premiss to mean that all cities have problems with crime. If, as you suggest, "all" would be an over-generalization, and we interpret the second premiss as meaning that most cities have crime problems or that cities typically have such problems, then the argument would be invalid. However, it would still be an inductively strong argument.

I don't see what reification has to do with it, though the supposed fallacy of reification is an obscure one―that's why there's no Fallacy Files entry for it.

Of course, there's obviously something wrong with the notion that merely designating a place a "city" would cause it to have problems with crime. This is "word magic", that is, the superstitious idea that words have magical powers over the objects that they name. However, it's also odd to think that legislation would cause a place to turn into a city. In what sense would it be possible to create a "city" by passing a law?

At this point, I think we get a glimpse of what's wrong with the original argument. Presumably, the voters could designate anything they please a city, even a desert. This is why such a designation has no causal power to bring about a crime wave. When we say that all cities have crime, we mean by "cities" places with large and dense human populations. Given that people are responsible for crime, any place with a large number of people will probably have a large amount of crime. In contrast, no matter what it's called, a desert will have very little crime, since it has so few people.

In other words, the original argument equivocates on the word "city". The first premiss uses "city" as a legal designation: let's call this a "legal city". The second premiss, however, uses "city" to refer to large, densely-populated human settlements, which is the usual sense of the word: let's call this an "actual city". So, we can disambiguate the original argument as follows:

This argument is not valid, because there's no logical connection between a legal city and an actual one, given that the voters might make a desert a legal city. However, if the voters designate an actual city as, legally, a "city", that will not cause a crime wave. Whatever crime problem the city has is due to the fact that it has a large, dense human population, and it will continue to have that problem whether or not it is legally designated a "city".

I've previously pointed out that ads for movies sometimes display four stars from a reviewer who uses a system allowing for more than four. A similar trick with stars can be done when the reviewer gives half-star ratings, specifically, if a movie receives three-and-a-half stars. We can see this trick at work in ads for two new movies: Everybody's Fine and The Road. A quick glance at the ads makes it appear that each movie received two four-star ratings―the former from critics Mara Reinstein and Marshall Fine, and the latter from reviewers Roger Ebert and Claudia Puig―but a closer look reveals that the last star has a small "½" inside it to indicate that it's really only half a star. Depending on how large the ad is displayed, it may be difficult to see the fraction at all. The danger of misleading you into thinking that the ratings are four stars could be avoided by doing what many newspapers and magazines do, namely, using a half star instead of a complete star with a "½" in it. Of course, that's assuming that the studios don't want to mislead you.

It's like putting your whole mouth right in the dip!

The Second Puzzle of the Terrorist Acquaintance

Spot the Fallacy: This is a remarkable example of Aristotle's fallacy of "ignorance of refutation", or "ignoratio elenchi" in Latin. Sommers criticized the following claim made by Zorza in Lemon's textbook: "between 20 and 35 percent of women seeking medical care in emergency rooms in America are there because of domestic violence." In defense of Zorza's claim, Lemon cites three pieces of evidence (this is not the only evidence Lemon gives, but the other evidence raises distinct issues):

The percentages cited are within, or close to, the range of percentages cited by Zorza, but each of the three claims concerns only those women who go to the emergency room for injuries from violence, whereas the Zorza claim was about all emergency room visits by women. As a result, Lemon's defense of Zorza's claim fails because it misses the target, that is, she actually ends up defending a different claim: "between 20 and 35 percent of women seeking medical care in emergency rooms for injuries from violence are there because of domestic violence."

Ignoratio elenchi is the logical fallacy committed when attempting to refute a claim by attacking a different claim. Of course, attacking a completely unrelated claim is unlikely to fool anyone, so in practice the attacked claim is usually similar enough to the target to be confused with it. Presumably, that's what happened in this case, that is, the evidence cited by Lemon was similar enough to Zorza's claim that she was fooled into thinking it was relevant.

The 2nd Puzzle of the Terrorist Acquaintance Solution: Yes, a terrorist is acquainted with a non-terrorist. There are a couple of ways to see this:

This puzzle is a generalization of the first puzzle of the terrorist acquaintance, since it shows that the property proven for a chain of four acquaintances holds for an acquaintance chain of any length. Moreover, the relation in the puzzle needn't be acquaintanceship―or looking, from the original puzzle; nor must the property be being a terrorist―or being married, from the original puzzle. The result holds for any chain of things related by a relation, R, such that the first link in the chain has a property, P, and the last lacks it. Given such a chain of any length, we can conclude that there is a link in the chain, x, and a link, y, such that x has P, y does not have P, and x bears R to y.