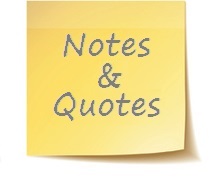 In the misquoting department:

Victor Timm was shot in broad daylight in front of five eyewitnesses. This might seem like an easy case for the police, but witnesses are notoriously unreliable. Following are the five descriptions of the assailant taken from the transcripts of the witness interrogations:

Five eyewitnesses who didn't agree on a single thing! Thankfully, Vic Timm survived the assault and was able to give a detailed description of his attacker that allowed the police to make an immediate arrest. Under police interrogation, the suspect confessed. As it turned out, each of the eyewitness descriptions was correct in exactly one detail.

How did Timm describe his attacker?

There are three different characteristics of the attacker described by the witnesses: hair, height, and shoes. Each characteristic has three possible values; for example, height: under five feet tall, between five and six feet, and over six feet. So, there are a total of 27 possible descriptions of the suspect.

Here is Vic Timm's own description of his attacker: "He was shorter than me: under five feet. He had longish blond hair, and he was wearing sandals."

Acknowledgment: The characters in this puzzle are fictitious, and any resemblance to actual persons, living or dead, is coincidental. Victor Timm was unharmed. The puzzle is based on problem 2.17 from Bonnie Averbach & Orin Chein's Problem Solving Through Recreational Mathematics (2000).

"We never reached those hospitalizations or ICU capacity concerns that the state had set as metrics for this degree of shutdown," she said. "And then to continue it indefinitely, as kind of our New Year's present to San Francisco, didn't make sense to me."

San Francisco is in better shape than most of the Bay Area and the state of California. Currently about 30% of ICU beds are still available. The latest 7-day average of new cases daily is 206 as of December 25, compared with 290 on December 16. The city says preliminary data shows that the orders seemed to have slowed infections.1

Can you name that fallacy? If you think you can, click on the following link to see if you're correct:

This fallacy is one reason why these lockdowns keep happening. All politicians have to do is order these or other restrictions, then wait until the number of cases declines. Eventually, cases will decline, even if the measures taken have nothing to do with it, so all the patient politician has to do is wait until that happens and take credit for it.

While it's plausible that lockdowns may contribute to the slowing of the spread of the virus, it's also plausible that they have other negative effects. For instance, nearly three times as many people died in San Francisco last year from drug overdoses as are attributed to COVID-192. Moreover, there was an increase of 258 overdose deaths from the previous year, which is greater than the 241 COVID-19 deaths. How many, if any, of these deaths were at least partially due to the social isolation and economic hardships of the lockdowns? We don't know, but it's just as plausible that some of them were as that some lives were saved by the lockdown. Also, there's just as much anecdotal evidence that lockdowns contribute to drug overdose deaths as there is that they slow the spread of COVID-193. Were more lives saved or lost due to the lockdown? We don't know, but if you're going to live by post hoc then you may also die by it.

San Francisco is going to start easing its lockdown this Thursday4.

Martin Luther King, Jr. is a quote magnet, one of those famously wise and well-regarded men that we love to quote and misquote. To celebrate his holiday, let's look at what he didn't say and what he did.

Charts & Graphs: One of These Things is Not Like the Others

If you guessed this month is not like the others, then you're not exactly wrong! The problem with this bar chart2 is that, as you can see from the dates given at the top, the data for it ends at the twelfth of this month. However, the bar for January looks exactly like those for all the other months, despite the fact that the data for it is only partial. To a casual glance, the chart seems to show a large drop-off in deaths from December to January, but this is because of the lack of complete data for this month. Obviously, with the month only half over, we don't know whether there will be a decline in deaths, though I suspect there will be, but it won't be nearly as large as what the chart seems to show.

For a chart such as this not to risk misleading casual viewers, the bar for the month with incomplete data needs to be visually different in some way. One solution is to leave months off the chart until complete data is available; another would be to make a bar based on partial data thinner, or a different color, or include some other warning within the chart that the data for the month is incomplete.3

How to Fact Check Quotes, Part 31:
Rules of Thumb

A rule of thumb is one that has exceptions, but is simple and will work often enough to be useful. Here are some rules of thumb for quote-checking that I've developed out of my own experience checking quotes. These rules apply primarily to checking quotes of the "Familiar Quotations" type that I discussed in the previous entry2: