Don't Get Fooled Again & Sweeping it Under the Rug

The following mid-length article is very much worth reading as a whole and I found it difficult to cut anything out, but I do include a short excerpt below because it relates to the following reading.

Disclaimer: I don't necessarily agree with everything in these articles, but I think they're worth reading as a whole. In abridging them, I have sometimes changed the paragraphing and rearranged the order of the excerpts in order to emphasize points.

An article, "How to be a Prophet", is. Since it's a perennial rather than a topical subject, I've placed a link for it under the Main Menu to your left instead of including it here in the Weblog. 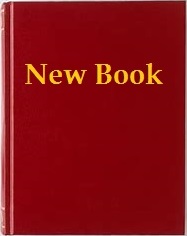 Quote: "If we see the world as a series of puzzles instead of a series of battles, we will come up with more and better solutions, and we need solutions more than ever."1

Subtitle: One Man's Quest to Solve the Most Baffling Puzzles Ever, from Crosswords to Jigsaws to the Meaning of Life

Comment: This is a good subtitle if it accurately describes the book but, at the risk of hair-splitting, I'll note that "the meaning of life" is not a "puzzle" in the same sense as a crossword or jigsaw puzzle: it's a philosophical problem. Though philosophical problems are sometimes called "puzzles", unlike crosswords and other recreational puzzles, they're not guaranteed to have solutions. Sometimes the correct answer to a philosophical problem is that there is no solution.

Another demur I have is with the emphasis on solving "the most baffling puzzles ever". As a puzzle solver and occasional creator, I know that it's extremely easy to make puzzles that are extraordinarily difficult, and even unsolvable for all practical purposes. For instance, the puzzle I posted earlier this month involved finding the combination of a lock with only three tumblers2; there are only a thousand possible combinations to such a lock, so it's theoretically possible to solve the puzzle with brute force. However, it would be easy to make such a puzzle harder by simply increasing the number of tumblers: a four-tumbler lock has 10K possible combinations; a five-tumbler one 100K. A puzzle of this type with a lock that had six tumblers, and thus a million possible combinations, would probably be virtually unsolvable.

The trick with puzzle creation is to make one that is difficult enough to be interesting, but not so hard as to cause people to give up in frustration. Most of the fun of puzzles is in successfully solving one, but it's no fun if there's no challenge. Yet, who wants to spend hours or even days trying to solve a puzzle only to fail?

Comment: I've read Jacobs' previous book The Know-It-All, in which he wrote about his attempt to read all of the Encyclopaedia Britannica, and found it interesting. He reminds me of George Plimpton, who died almost twenty years ago and so is probably not widely known to readers under the age of fifty. Plimpton was a sort of professional amateur who wrote books such as Paper Lion, about playing on a professional football team, and The Bogey Man, in which he played golf against pros. I devoured those books as a kid.

Jacobs appears to be doing something similar in this book: competing in puzzle tournaments against the best solvers and pitting himself against "the most baffling puzzles ever". I haven't read any of Jacobs' other books, because their topics don't really interest me, but The Puzzler really does.

Comment: The book includes twenty new puzzles created by Pliska: one for each chapter3. In addition, there's a puzzle contest with a prize of $10K for the winner. To participate in the contest, you have to find a secret passcode that is hidden in the introduction to the book. The introduction can be downloaded free from the book's website4, so you don't have to buy the book to compete in the contest.

Summary: Based on the Table of Contents, the book has chapters on various different types of puzzle: crosswords (Chapter 1), Rubik's cube (2), jigsaws (6), chess problems (12), riddles (13), and so on. I'm not very interested in the Rubik's cube, which I was never able to get anywhere with, and it doesn't take Deep Blue to beat me at chess, so I'm not much interested in those chapters. The most interesting ones to me are chapter 8, on math and logic puzzles, together with chapter 11 on Sudoku and KenKen, which are basically abstract logic puzzles.

Excerpt: "…[P]uzzles are not a waste of time. Doing puzzles can make us better thinkers, more creative, more incisive, more persistent. I'm not just talking about staving off dementia and keeping our minds sharp. Yes, there's some mild evidence that doing crossword puzzles might help delay cognitive decline…. I'm talking about something more global. It's been my experience that puzzles can shift our worldview. They can nudge us to adopt the puzzle mindset―a mindset of ceaseless curiosity about everything in the world, from politics to science to human relationships―and a desire to find solutions. These insights sparked the idea for the book you are holding now. I decided to embrace my passion and do a deep dive into the puzzle world. I pledged to embed myself with the world's greatest puzzle solvers, creators, and collectors and learn their secrets. I'd try to crack the hardest puzzles in each genre, from jigsaws to crosswords to Sudoku."5

Comment: Based on personal experience, I'm convinced that working puzzles can improve one's problem-solving ability. Solving problems is a skill, and just like other skills such as swimming or piano-playing, it's learned and improved by practice. I'm more doubtful about Jacobs' grandiose notion that puzzles will save the world, though I do think that a problem-solving mindset would help.

Disclaimer: I haven't finished reading this book yet, so can't review or recommend it. However, its topic interests me, and may also interest Fallacy Files readers.

Crack the Combination I

The combination of a lock is three digits long, each digit differing from the other two. Here are some incorrect combinations:

Can you determine the correct combination from the above clues?

A recent newspaper article on a small town restaurant included the following sentence: "They liked supporting a local business, the hardy yet inexpensive meals and the sense of belonging—even if they’d never been to this particular diner before."1 What the reporter meant was a hearty "yet inexpensive" meal.

"Hardy" means "strong", especially in the sense of surviving difficult circumstances2. "Hardy" applies literally only to living things; for instance, "a hardy plant" is one that would survive a harsh winter. In contrast, "hearty" means "large", or "filling" when applied to food3. So, the breakfast served in the local diner was large despite being cheap.

Obviously, one reason why "hearty" and "hardy" are easy to confuse is that their pronunciations are so similar. In fact, unless enunciated very carefully, they are pronounced identically, at least in American English. Only one of the reference books I routinely check noted that these words are easily confused4, despite the fact that a search of the web shows many examples of such phrases as "hardy meal" and "hardy breakfast", and a book search on Google produces several instances from books and magazines.

Unlike many of the other easily confused pairs of words that we've looked at in this series, the misuse in this case goes both ways. For instance, a web search for "hearty plants" brings up the headline: "Unkillable Plants: Hearty Options for Your Home Office"5, and this from a landscaping site that should know better.

Since both words are English adjectives, it's unlikely that a spelling or grammar checking program will catch the mistake of using one where the other is meant. I checked the sentence from the newspaper article quoted above in my old copy of Microsoft's Word program, as well as three online checkers, and none discovered the mistake. So, file this in your mental checker under "Confusibles".