The New Book from last October, A Field Guide to Lies1, is already out in a new, updated edition with a new title and a new introduction. I guess the title is an attempt to make the book seem timely but, unfortunately, this kind of material never goes out of style.

In the time since October, I've read the original edition of the book and thought it quite good. I haven't read this updated edition, so I don't know how it differs from the earlier one, except for the new introduction.

I'm not thrilled with the new title, but then I didn't much care for the old one, either. Lies are the least of our problems, which is not to say that they're not a problem. "Half-truths" are a much bigger problem, that is, true statements that leave out important context. I suppose the titles are the product of the publisher's marketing department and not the author's idea. Ironically, one of the effects of books such as this should be to teach people to be suspicious of such marketing exaggerations.

As mentioned in the New Book entry1, there have been several books of this type in the last few years. I don't think that this is the best of the bunch, but it's not bad. If you only read one book of this type, I recommend either Jordan Ellenberg's How Not to be Wrong or Gary Smith's Standard Deviations. If you've already read one of these, or you're ready for a more advanced treatment of the same topic, there's David Helfand's Survival Guide to the Misinformation Age.

The Puzzle of the Poisoned Punch

Dr. Schwartz, the notorious blackmailer, had invited six of his victims to his birthday party. It was almost his last birthday, as one of the six guests poisoned his punch.

When Detective David Davidson arrived at Schwartz's house, the first item of business was to examine the scene of the crime. It was a large round table in the dining room around which the six suspects and Schwartz had sat. A birthday cake still sat in its center, a large wedge missing from it.

Schwartz was right-handed, and a big punch stain on the table cloth, where the glass of punch had spilled, was positioned right about where Schwartz's right hand would have rested. The person sitting on Schwartz's left would have had to reach across his body to poison the punch; only the guest next to him on the right could have done so without him noticing. So, Davidson concluded, whoever had sat to the right of Schwartz must have poisoned the punch.

Unfortunately, there was no physical evidence indicating where the individual guests had sat. When Schwartz had slumped face-first into his slice of cake, the guests had risen from the table and scattered. Luckily for Schwartz, someone had called for an ambulance.

Of course, each of the six "guests" to Schwartz's macabre birthday celebration had a motive to poison him, since they all were victims of his blackmail operation. So, motive was of no help to Davidson in solving the attempted murder.

As you might expect, when Davidson interrogated the suspects individually the following day, each denied having poisoned the punch. Moreover, they suddenly developed poor memories of exactly where everyone had sat. These are the statements made by the six suspects:

When the interrogations were over, Davidson sighed. The statements were of no help since some of the suspects disagreed with others as to where they were sitting. The one hope he had left was the poisoned blackmailer. Schwartz had been unconscious when he was rushed to the hospital, but medical help had reached him just in time. When Schwartz regained consciousness, Davidson rushed to the hospital to take a statement.

Unfortunately, the blackmailer was no more co-operative than the suspects. When Davidson asked him who had sat to his right, he just shook his head sadly and said: "I'm afraid the poison seems to have affected my memory." Davidson suspected that he was already planning additional blackmail of the poisoner!

So, Davidson read the testimony of the six suspects aloud and asked him to comment. Schwartz laughed softly, saying: "Well, at least all but two of them told the truth."

Assuming that Schwartz was right that only two of the suspects failed to tell the truth, can you solve the mystery? Who poisoned Dr. Schwartz?

I've added a new contextomy to the Familiar Contextomies page. Well, it's not a new contextomy―in fact, it's a fairly old one―but it is new to the page. Also, despite its age and the fact that it's been previously debunked, it keeps rearing its ugly head. It's dead but it won't lie down! Check it out. 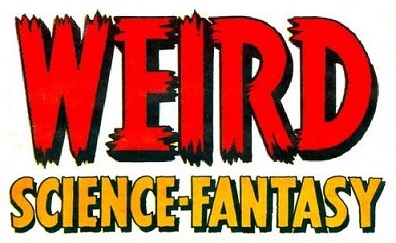 Like "emerging science"1 and "emerging research"2, "emerging data" is data that's not quite there yet. Much of medical journalism consists of reports of preliminary results that are often weak and haven't been replicated. As I discussed in an earlier entry 3, words such as "possible" and "suggest" are often used to report results when the evidence is weak. "Emerging"―whether applied to research, science, or data―is another word to add to that list.

"Emerging", "may", "suggest", and "help" are all hedging terms4, which are words used to weaken a claim. As Robert Fogelin explained:

If we weaken a claim sufficiently, we make it completely immune to criticism. … On the other hand, if we weaken our premises in this way to avoid criticism, we must pay a price. The premise no longer gives strong support to our conclusion.5

And this is just the problem with "emerging" data, namely, that it gives weak support to the claims made in the research. For example, a relevant passage appears near the beginning of a recent report on a meta-analysis of research on artificial sweeteners:

Consumption of artificial sweeteners, such as aspartame, sucralose and stevia, is widespread and increasing. Emerging data indicate that artificial, or nonnutritive, sweeteners may have negative effects on metabolism, gut bacteria and appetite, although the evidence is conflicting.6

I suppose that the data is only "emerging" because "the evidence is conflicting". However, as with conflicting research or science, conflicting data may emerge in the opposite direction. Perhaps when fully emerged the data will support the conclusion that there are no negative effects of artificial sweeteners.

I don't use artificial sweeteners, but not because of this unemerged data. I just don't like the taste of them. If you do, I would suggest waiting until the data has emerged before you decide to stop.

Acknowledgment: The illustration is the altered title of an old EC comic book.

Solution to the Puzzle of the Poisoned Punch: Mrs. Gruen poisoned Dr. Schwartz.

One way to solve this puzzle is to make use of the fact that some of the suspects' statements are mutually inconsistent, together with the fact that all but two of those statements are true, according to Schwartz. For instance, Ms. Starlet claimed that she sat to the immediate right of Reverend Weiss (Clue 3), whereas the Reverend himself claimed that he sat to the left of Mr. Peahen (4)―both of these claims cannot be true. Could both be false? No, because there are other inconsistent claims.

For example, Professor Prune claims that he was sitting just to the right of Mrs. Gruen (2), but Gruen herself claims that she sat to the left of Captain Catsup (5). Again, both of these statements cannot be true. So, both pairs of clues 3 & 4 and clues 2 & 5 are contradictory, which means that one of each pair is true and the other is false. That takes care of the two false statements, and means that statements 1 and 6 must be true.

Now, we need to figure out which of clues 3 & 4 is true and which false. Weiss claimed that he sat next to Peahen (4), but we know that Peahen sat between Schwartz and Starlet (6). Thus, clue 4 is false and 3 is true. So, Starlet was sitting to the immediate right of Weiss (3), which exonerates him. That leaves two suspects: Gruen and Prune.

Finally, we need to figure out which of clues 2 & 5 is true and which false. Gruen claims that she sat next to the Captain on the left (5), but we know that Prune sat to his left (1). Therefore, clue 5 is false, which makes 2 true. According to Prune, he was sitting to the right of Gruen (2), the only other suspect left, and we now know that his testimony was true. Therefore, Prune is innocent, and Gruen is the poisoner.

Source: Hubert Phillips, My Best Puzzles in Logic & Reasoning (1961). The puzzle above was based on puzzle 82.